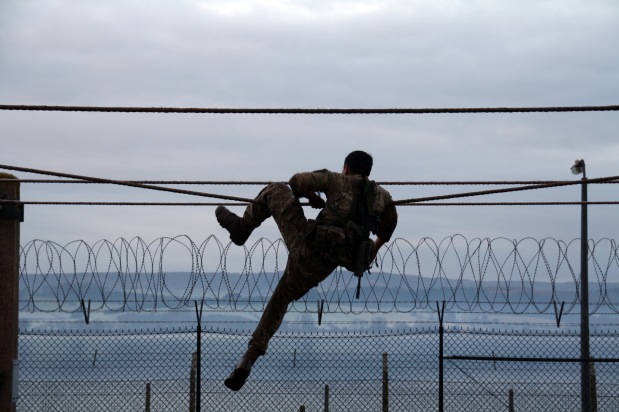 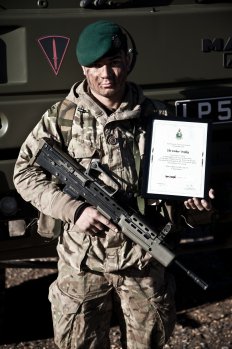 The story hasn’t quite finished! A ceremony was held the next day for an award called the Parker Trophy. This is presented for the best performance on a course for soldiers attending the Regular AACC. It is something which is not normally awarded to Reserve Forces unless the DS feel there has been a superior effort made.

Now it is hard to say this without sounding boastful, and I must make it clear that this is absolutely not my intent, but I was later to discover that I was to be awarded the Parker Trophy for my efforts. I was truly staggered to receive this prestigious award. While humbled by the recognition, I felt it was an award which could easily have been given to any of the other lads, none more so than Joe Holt, who for me was the real star of the show.

He wasn’t quite there yet though. Friday was to be Joe’s final attempt at the endurance, and he went off with a clear weight on his shoulders. The ‘131’ guys waited, willing Joe to get through, especially as all of us going through together would be our crowning achievement.

A short time later Joe returned with a dejected look on his face. I prepared my words of pity. Without warning, his downcast face broke into the largest of smiles as he took out his green beret. Although limping, he had overcome the endurance course on his third attempt. And let’s not forget the mere 30-miler he also completed in that time. So we’d done it, 131 had finished the course with a 100 per cent pass rate.

The biggest failure you can have on the course is to simply give up. The key to success is maintaining self-belief, remaining steadfast, and being prepared to go beyond the limit that ordinary people set themselves.

Well that’s where this update ends for now; but the fun has only just started. After a short break my next stop is Norway, for the Cold Weather Winter Warfare Course (CWWWC). They say it’ll make the commando course seem easy… 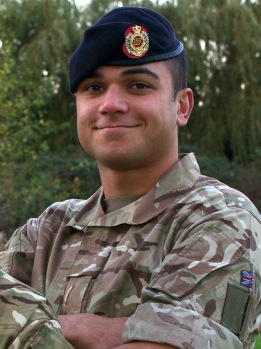 The day of reckoning had arrived and we were to attempt the 30-mile speed march across Dartmoor. Some question whether you should eat a big breakfast before the test. Personally I found that it was better to get as much stodge on board as possible but to do so at least a couple of hours before the start of the test. You use so much energy over the 8 hours that you need the carbohydrates to keep your energy levels up. So after a hoofing breakfast the 30 Miler began.

I had been really lucky up until this point and hadn’t suffered any form of injury minus the little niggles that are unavoidable. I got into a rhythm, and simply enjoyed drinking the fresh morning air as I listened to the muffled thud of boots hitting the grass pathway. The first stop is about one and a half hours into the march.  Here you are given water replenishment and a slight rest before hitting the second leg.  We pushed on, the sun having risen to reveal some of the most breath taking views in the UK. If you are able to focus on the amazing vista around you, then the challenge of running such a long distance doesn’t seem quite so severe.

After a long slog over Dartmoor we reached the final rendezvous point. The waiting Directing Staff (DS) immediately started thrusting ‘oggies’ (pasties) into our hands, with the gusto of an enthused kebab seller. In that lively manner the DS seem to possess, he instructed us to consume our oggies with haste so we could crack on with the last leg. You wouldn’t think a greasy pasty would be so welcome, but I could have eaten a second.   After squaring ourselves away it was on to the iconic bridge that marks the end of the 30 Miler. We ran this final leg elated, the fatigue momentarily absent.  It was marvellous to see the smiles on the faces of those who had been in our shoes before clapping us in, as you knew they fully appreciated what we had be through. 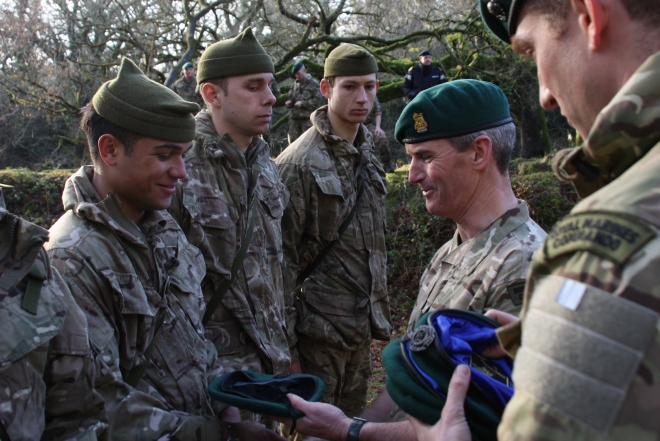 Receiving the green beret from the Brigade Commander.

After the customary handshakes and back patting we moved to the area where our green lids were to be presented. Forming up in three ranks, we were introduced to the Brigade Commander (BC) who would present us with our berets. As the BC drew closer to me, I could feel the beginning of an ear-to-ear smile developing. When he eventually made it to my position I was beaming with pride and the full realisation of my achievement dawned; I was now a Commando in the Royal Engineers.

Green lid in my grasp

I now dared to think that the green lid could be within my grasp. Sadly a dark cloud had cast its shadow, as I discovered fellow trainee Joe’s injury had got the better of him, and he was unable to attempt the endurance test. My heart went out to Joe, who I know was giving his all to win the green lid. Words offer little comfort at times like these but I tried to reassure him that he would recover enough to have a stab at it later.

Monday was the Nine Miler Pass Out. If I’m honest I was buzzing so much from passing the endurance, the nine-miler seemed like a breeze.  The highlight for me was being drummed back into camp by the Royal Marines Band. You hear people talking about the hairs on their neck standing up, well this is truly one of those moments. 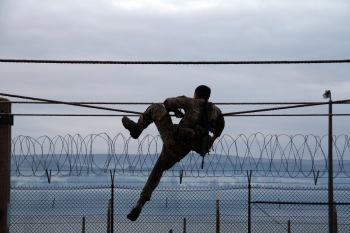 Performing the rope regain on the Tarzan Assault Course

Tuesday was the Tarzan assault course, and immediately afterwards Joe would make his first pass out attempt of the endurance after his ankle injury. After making a valiant effort to get through the course, Joe’s run of bad luck continued as he failed the shoot due to stoppages.

I was informed that I’d achieved one of the fastest time on the Tarzan Assault course. Where normally I might feel a sense of jubilation, Joe’s failure had been a tough blow and I was in no mood to celebrate. 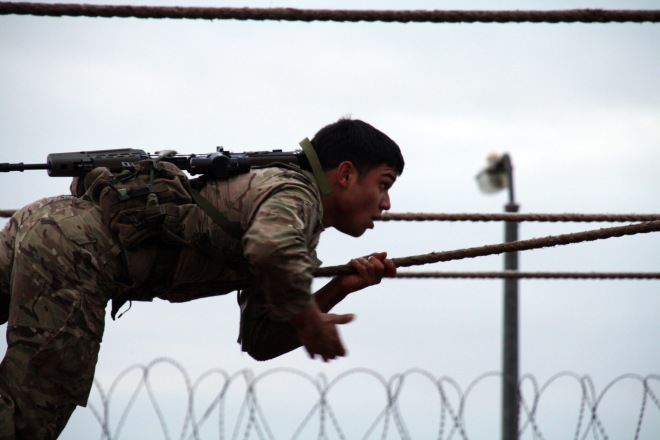 More of the Tarzan Assault Course

That evening we were transported to Okehampton in preparation for the 30 Miler across Dartmoor. This march over undulating terrain is the final test to become a commando and upon finishing the course you are awarded your green beret. But this was to be tomorrow, so the most important thing was to try and snatch some rest before the final hurdle.