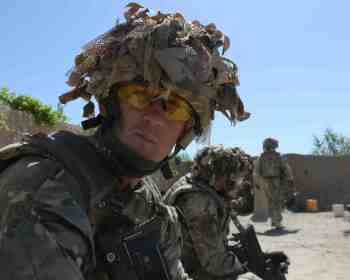 Captain Gris and Longshanks explore the secret world of ‘drones’

Remotely Piloted Air Systems (RPAS), or ‘drones’ as they are sometimes incorrectly referred to, are a constant source of controversy and suspicion. For some they define 21st century warfare – and myself and Longshanks (photographer Si Longworth) were going to get to talk to the crews behind them. I’ll tell you why they shouldn’t be called drones in a bit.

Initially, I was a little dubious about going down. Although we can talk about them, there is still actually quite a bit of secret kit on these things so it is awkward to cover stories which involve them as you are met with a wall of ‘you can’t take that picture’ or ‘I can’t answer that’. I was pleasantly surprised by how candid the whole group were.

Bombardier Edward of the Royal Artillery was one of the pilots I got to speak to. A veteran of multiple tours with over 2000 hours clocked up at the helm, she spoke a little about what it was like to be directly involved with operations, having a direct effect but not being out on the ground with the soldiers experiencing what she was seeing.

It is now a thing of the past that the Hermes would be constantly supporting troops in fire fights but having done a little work with RPAS myself in the past, I could relate to what she was saying about previous tours. You could hear the pressure of the situation in the voice of the person on the other end of the radio, hear the background noise, which fills the quiet composed room you are controlling in, giving life and urgency to what would initially look like bland, aerial images.

Bombardier Edward went on to talk about the differences between a drone and a RPAS. The most important being that ‘drone’ implies some autonomous machine cruising around with no human control or oversight, whereas RPAS is as it is on the tin – remotely piloted and overseen.

Now whilst it is interesting to talk about, the Hermes 450 is not what fans of action films like the Bourne Trilogy would call a proper drone. It isn’t bristling with missiles and a camera that can read a newspaper from space. It isn’t a silent killer delivering unexpected death. Basically, what I am saying is it ain’t that sexy to look at. So I was interested to see what Longshanks would come up with. 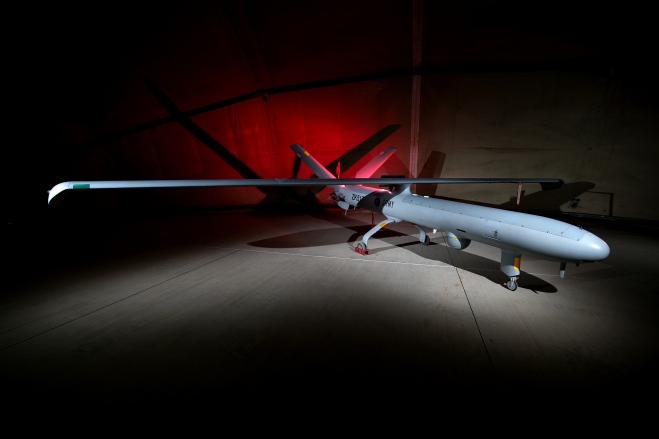 The answer was written all over his face when he walked into the hanger, his little eyes lit up like all his leave had been granted at once. The lighting was completely in his control and the set up did look a little like something out of the movies. So I left him to it, happy that he was in his element. I think you’ll agree the picture is pretty good.

In addition to our Hermes trip, the Combat Camera Team also went to Sparta to visit the guys from 4 Rifles in the Kandak Advisory Team (KAT).  We had been at the camp for a few hours and I was relaxing in the shade when Si came running up to me saying he had found something. 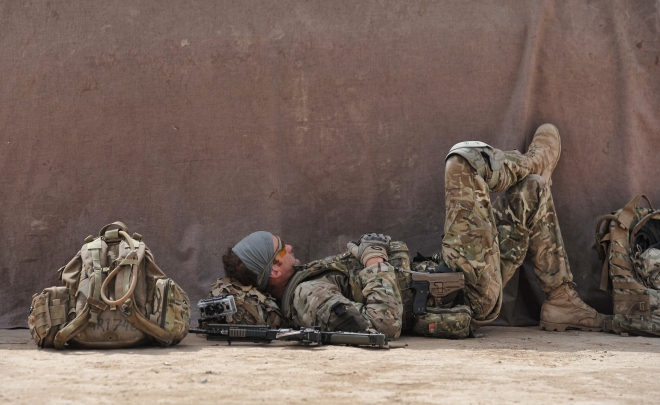 Me relaxing in the shade.

He brought me round to a couple of soldiers sat in the Afghan dust. One had a guitar and was just messing around with it. It amazed me first how clean he kept his guitar but also how the music in that setting was that much more powerful as there were no distractions. Si knew exactly what he wanted to do. This would form the first combat camera team multimedia piece using Si’s photos and the music I recorded, click here for a look.

4 thoughts on “The all-seeing eye”